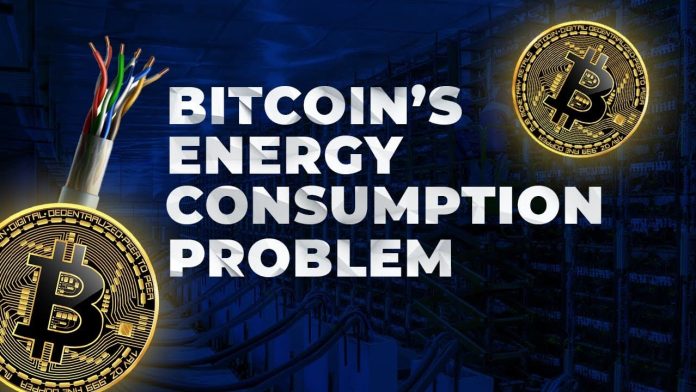 Hordes of crypto fanatics got their knickers
in a twist recently when erstwhile cheerleader Elon Musk expressed concerns about the environmental cost of Bitcoin.

“Cryptocurrency is a good idea on many levels,”

Read a statement shared on his Twitter feed. “We believe it has a promising future – but
this cannot come at great cost to the environment.” So how bad is Bitcoin for the planet? And does Musk’s radical U-turn mark thebeginning of the end for the crypto revolution?

Join us on a trip down the mines for an unflinching look at the energy consumption of Bitcoin. You’d be forgiven for thinking ‘hang on, Bitcoin is that weird fake internet money, right? How on earth does it even have a carbon footprint?’ Traditional tender, such as banknotes printed on hacked-down forests or shiny coins minted on rough extracted gold should, intuitively at least, be worse for the environment, right?

To understand how it’s a bit more complicated than that, let’s look at the fundamental conundrum Bitcoin sets out to solve. All digital currencies, at some stage or another
during their development, run up against the so-called ‘double spending problem.’

If I want to buy, say, a car using shady internet money, it’s impossible for the car salesman to know for sure I’m not simultaneously using the very same shady internet money to buy a boat. If I can somehow convince both boat and car salespeople that both transactions are legit, I’ll get both a car and a boat and be a hundred miles away before anybody realises they’ve been had.

With conventional credit cards, all transactions are logged and verified centrally. Which means you can’t spend the same money twice, or Visa will do you in. Bitcoin is different though. It strives above all else to be decentralised. Bitcoin creator Satoshi Nakamoto’s greatest stroke of genius was developing the blockchain.

Instead of some all-powerful central bank giving the nod, network computers around the world race to verify the legitimacy of all recent Bitcoin transactions by solving, or ‘hashing’ elaborate maths puzzles. When one lucky computer somewhere on earth pulls that off, a verified record of recent Bitcoin transactions is minted – a ‘block’ – that gets coupled to all previous blocks – a ‘blockchain’ – which then gets copied and shared around the network as a reliable, decentralised ledger of all Bitcoin movements.

No one individual can tamper directly with the blockchain. Which is the basis of all its value. Back to our example. Whichever transaction – car or boat – is first verified in the hashing feeding frenzy wins, while the other is automatically rejected.

And whichever computer out there on the network happens to have won the race to verify that block of transactions is rewarded – at the time of writing – with 6.25 bitcoins. This is worth around $283,000, to that computer’s lucky owner.

And no double-spending in sight. That subtle, complex confirmation mechanism
– known as ‘proof of work’ – is certainly effective at keeping the blockchain in check. Trouble is it consumes a vast amount of computing horsepower.

To maximise your chances of solving the hash and collecting those 6.25 Bitcoins, it makes sense for you, the miner, to have computers by the hundred greedily hashing night and day, in gigantic scary server farms. The more computers running, statistically, the more likely they are to succeed. 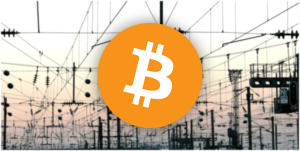 And even though the energy bills are sky high, they’re more than offset by the rising value of Bitcoin. Bigger farms run many thousands of computers – well, graphics cards technically. All but one of those hardworking graphics cards will fail in the attempt, but – and this is key – every single one is still burning up energy in the attempt. That’s the problem.

As interest in Bitcoin soars, Bitcoin mining now consumes some 129 terrawatt hours of electricity a year. Compare that to Google’s net consumption of a measly 12.4 Terrawatt hours, and the scale becomes obvious. In terms of emissions. driven by a latter-day gold rush of enterprising nerds gunning great battalions of graphics cards 24/7, Bitcoin’s carbon footprint alone is now said to rival that of Argentina.

Over the past two years, carbon emissions from all that fake mining has grown by some 40 million tonnes, or the equivalent of 8.9 million cars. Bitcoin is a bigger emitter than American Airlines, and is fast catching up with the carbon footprint of the entire Federal US
government.

If you want a British analogy, it’s said the energy expended mining Bitcoin in a year could power every kettle in the UK for 27 years. Almost no other human activity is so flagrantly
wasteful.

But so long as ‘proof of work’ remains the standard, it’s just good business sense for Bitcoin farmers to leave their vast banks of graphics cards on constantly as it generates a constant stream of revenue. Energy consumption itself isn’t a big deal, by the way. But much of the energy that runs those giant Chinese Bitcoin mines comes directly from dirty coal. As Greenpeace puts it, Bitcoin miners are ‘…powering 21st-century technology with 19th-century energy sources’.

In Iceland, locals are concerned that rivers are being dammed and natural beauty destroyed purely in order to run the country’s thirsty Bitcoin mines. Back to Elon Musk’s intervention. “Tesla has suspended vehicle purchases using Bitcoin,” read his statement. “We are concerned about rapidly increasing use of fossil fuels for Bitcoin mining and transactions, especially coal, which has the worst emissions of any fuel.

When Tesla announced it planned to accept Bitcoin back in March the decision was swiftly criticised by industry analyst David Gerard, who observed: “Tesla got $1.5bn in environmental subsidies in 2020, funded by the taxpayer.

“It turned around and spent $1.5bn on Bitcoin, which is mostly mined with electricity from coal. Their subsidy needs to be examined.” The tech industry, for its part, has made limited efforts to combat the problem.

NVIDIA, one of the more popular graphics card manufacturers, recently launched a drive update in order to deliberately make their devices less attractive to crypto miners working on the Ethereum blockchain. Crypto miners’ insatiable appetite for the cards often leaves real gamers unable to buy them for their intended purpose.

The good news is not all cryptocurrencies are alike. Take Cardano, a rival to Bitcoin, which runs on a ‘proof of stake’ consensus, as opposed to ‘proof of work’. This basically means miners tie up some of their own coin as collateral whilst validating transactions, with rewards trickling their way in exchange for participation. Crucially, millions of processors aren’t competing in the same space, which means radically lower energy consumption – as little as 6 gwh across for all Cardano mining.

Cardanos’ coin, named Ada after British female computing pioneer Ada Lovelace, works on these principles, as does an ambitious new coinage from the people who created Ethereum, called Ethereum 2.0. Chia, yet another cryptocurrency, uses a novel ‘proof of space’ validation system. 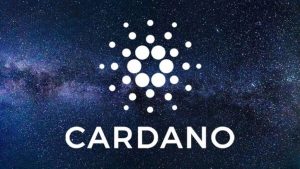 Users offer the network empty space on their hard drives, which is a far less energy-intensive process than proof of work. Although, in fairness, Chia has caused physical
shortages of hard drives in Vietnam and parts of China. Bitcoin is by no means the only environmentally disastrous cryptocurrency.

Ethereum’s carbon footprint is as big as Hong Kong’s. Bitcoin defenders are quick to point out the convention banking system is a far worse culprit, burning through over 260 tw/h compared to their crypto coin’s comparatively modest 129 tw/h. But when you consider more than half the world’s population uses conventional banking, and maybe 100 million use bitcoin, that comparison starts to look a bit daft.

So what’s to be done? Hopefully Bitcoin will see the error of its ways and amend it’s ‘proof of work’ approach. Or hopefully renewable energy sources will pick up the slack. Either way, it’s worth remembering Bitcoin’s carbon footprint is only half that of unused domestic appliances lazily left on standby across America. One problem at a time though eh.

What do you think? Is Elon’s carbon complaint a wicked ploy to meddle in the markets? Do you have any hot crypto takes? Let us know in the comments, like always, and don’t forget to subscribe for more money-spinning tech content.

Uncover How the Internet Modified in 2021