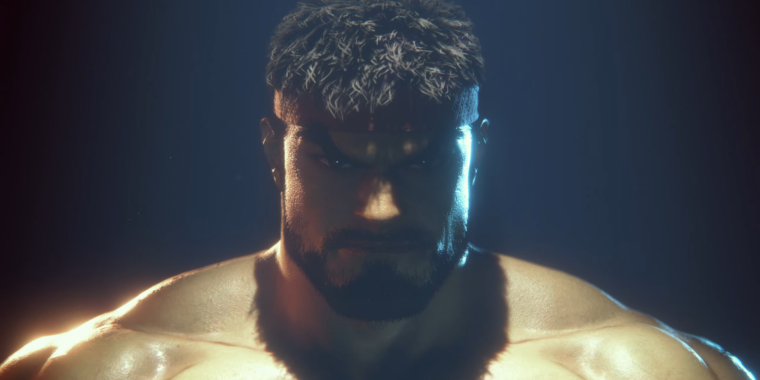 After years of hypothesis, rumors, and teases, Capcom confirmed the inevitable: a brand new technology of Road Fighter is coming.

The Japanese recreation studio concluded a week-long countdown with a Monday-morning unveil of Road Fighter 6. The 30-second teaser video focuses squarely on two lead characters: the traditional dragon-punching Ryu, and the collection’ latest character, Luke, (launched as DLC in Road Fighter V). After the digicam lingers over shifting fingers, wiggling toes, and bouncing muscle groups, it zooms out to point out the rivals stare one another down and rev up assaults, every rival accentuated by temporary paint-splash results.

Whereas this trailer clearly would not embody “closing” gameplay (or, actually, any game-like fight), the temporary footage zooms in on components like fingernails, hair, and clothes, as if to counsel that we’re seeing the sport’s deliberate stage of real-time element (versus a pre-rendered cinema sequence). Capcom has but to substantiate what 3D engine this recreation will run on, however from first look, the trailer’s hair animations and reflective pores and skin resemble characters in RE Engine video games like Resident Evil 7 and Resident Evil Village.

The trailer concludes with a brand-new Road Fighter 6 emblem, which sees the letters “SF” surrounded by an MMA-styled hexagon. May this imply the sport will emulate the grappling-heavy mechanics of fashionable productions like UFC? Or did Capcom merely decide a six-sided form in honor of the sport’s quantity?

Both approach, Capcom ends the trailer by suggesting followers will not see extra SF6 information till “this summer season,” which most likely means the sport’s growth interval continues to be fairly early. Capcom wasn’t able to announce goal platforms, regardless of the 2 characters wanting way more detailed and life like than in another Capcom preventing recreation.